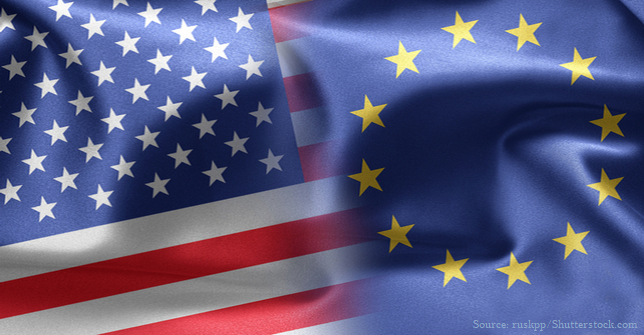 A new trade deal between the United States and European Union that recently entered force has signaled some potential for growth on the transatlantic container trade.
The trade deal is small in the grand scheme of things, but both economies suggested more collaboration could be on the horizon.
However, challenges still persist that could keep transatlantic trade growth at bay.
BlueWater Reporting’s latest report, “U.S.-EU collaboration signals transatlantic trade growth, but major threats persist,” shines light on the new trade deal, as well as headwinds that could potentially hinder transatlantic trade.
The report also looks at the current state of the transatlantic trade in terms of container capacity trends - specifically between the Mediterranean and North America, as well as North Europe and North America - including in-depth blanked sailing data, as well as other measures carriers are still taking to constrain capacity.
Additionally, the report looks at how much capacity each carrier is allocating on the Mediterranean-North America and North Europe-North America lanes.
The report can be found here.