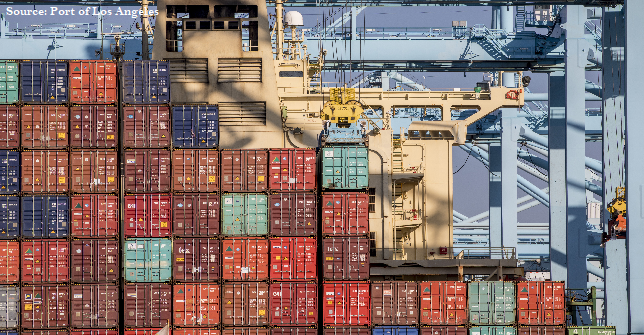 Prominent ports along the U.S. West Coast experienced varying impacts from the U.S.-China trade war in 2019.
It appears the Port of Long Beach has been hit the hardest from the trade war, while up the coast, the Port of Oakland has been extremely resilient.
The chart below, built using data from the relevant port authorities, shows that all major U.S. West Coast ports recorded a decline in total container volumes in 2019. 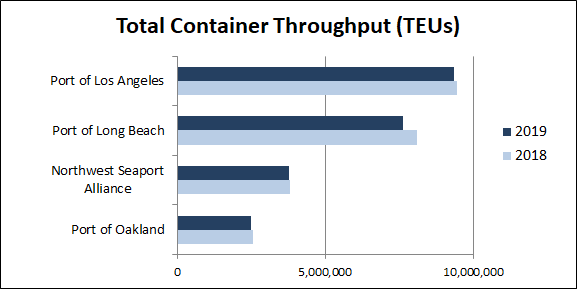 The Port of Oakland attributed its growth in loaded export volumes to ongoing demand for U.S. agricultural products and noted how shippers are increasingly finding markets outside China to grow their business. In regards to loaded import volumes, the port attributed the growth to continued strong U.S. consumer spending and Northern California’s vibrant economy.
The chart below, built using data from BlueWater Reporting, shows that 52% of the container services that call the Port of Oakland also call China. This is a lower percentage than the ports of Long Beach, Los Angeles or the NWSA. 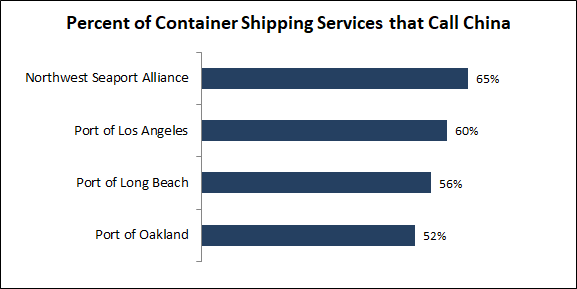