Why are you here?

The Withdrawn TEU Capacity from Blanked Sailings log featured on our home page was originally launched due to the massive number of blanked sailings earlier in 2020 as a result of the COVID-19 coronavirus. 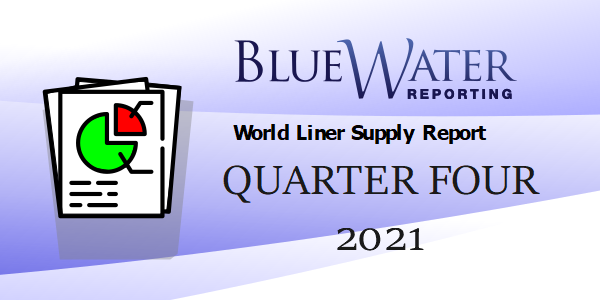 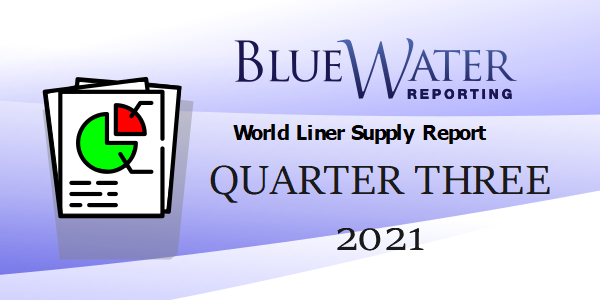 WLS: Capacity for all major trades continues to increase in Q3 2021As the demand for goods continued to grow to across the globe, the capacity grew even more as the peak container season began towards the end of the third quarter this year, especially along the transpacific lane with several new smaller dedicated services being added to the trade route. 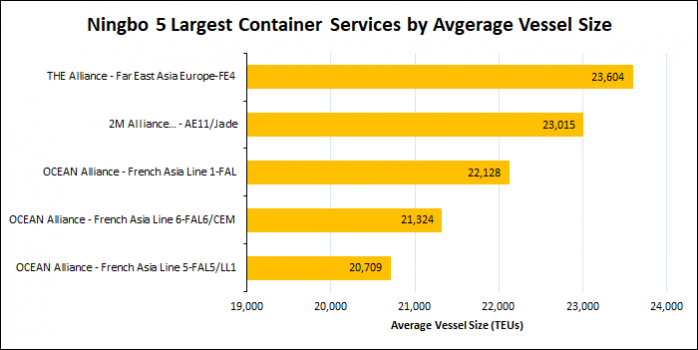 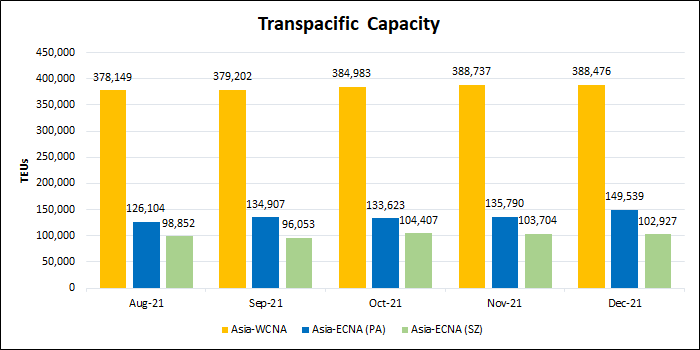 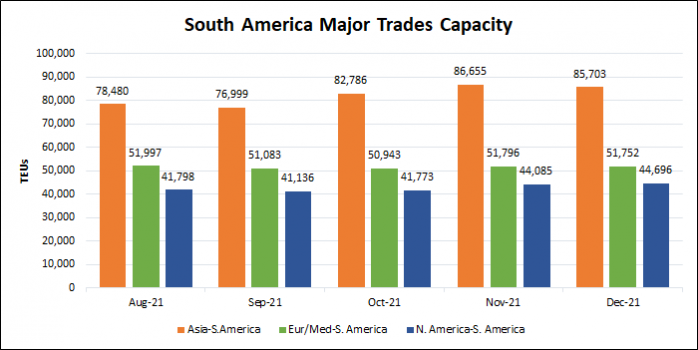 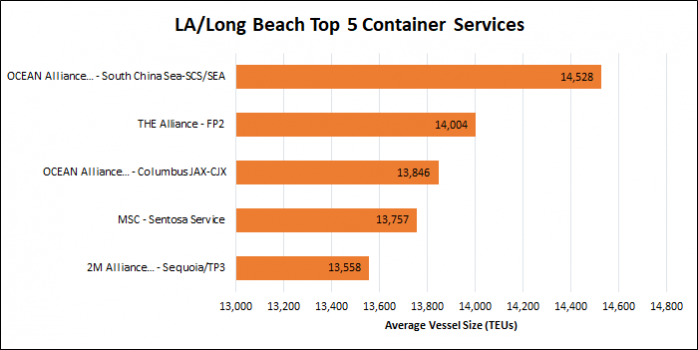 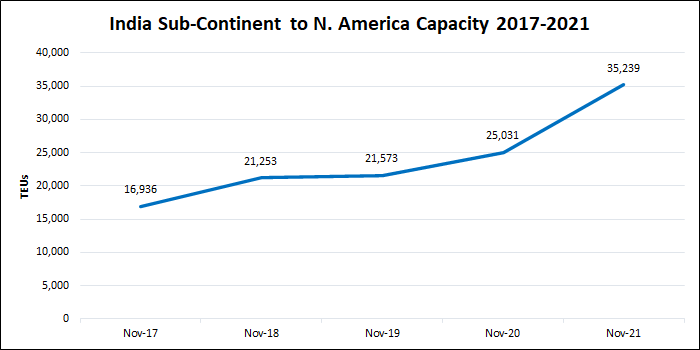 Indian Sub-Continent to North America capacity grows by 40 percent year-over-year
BlueWater Reporting’s Capacity Report shows the growth in capacity year-over-year along the ISC to N. America route, including a 40.8% increase from November 2020. 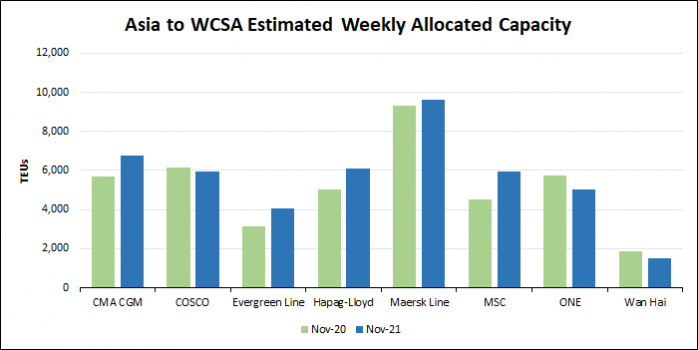 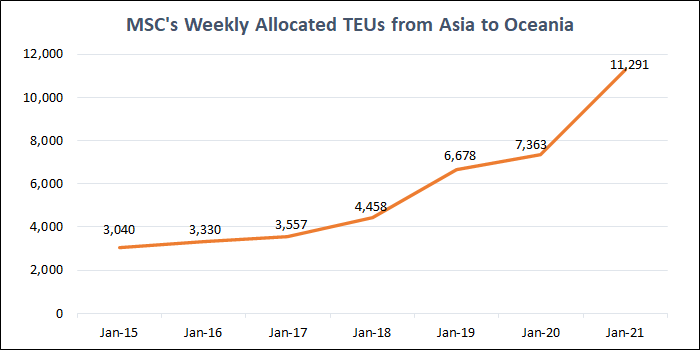 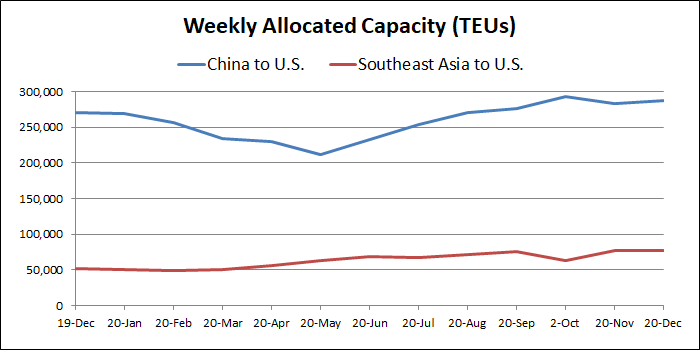 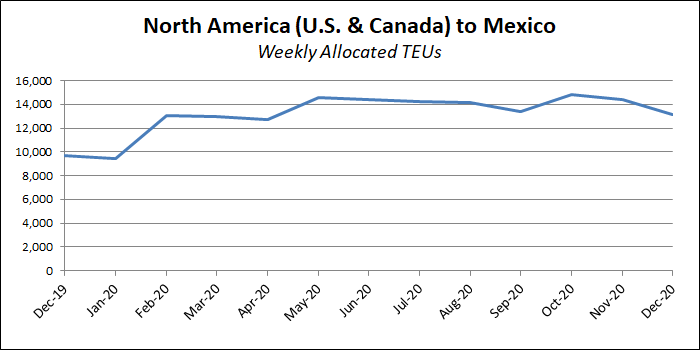 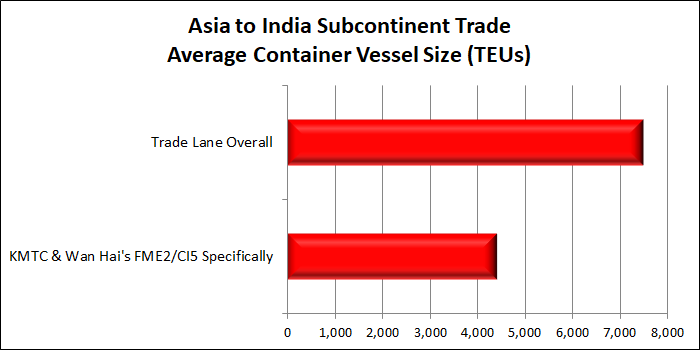 KMTC, Wan Hai boost East India’s connectivity with Asia
The carriers launched a new loop this month between the two regions that deploys six vessels with an average capacity of 4,393 TEUs.